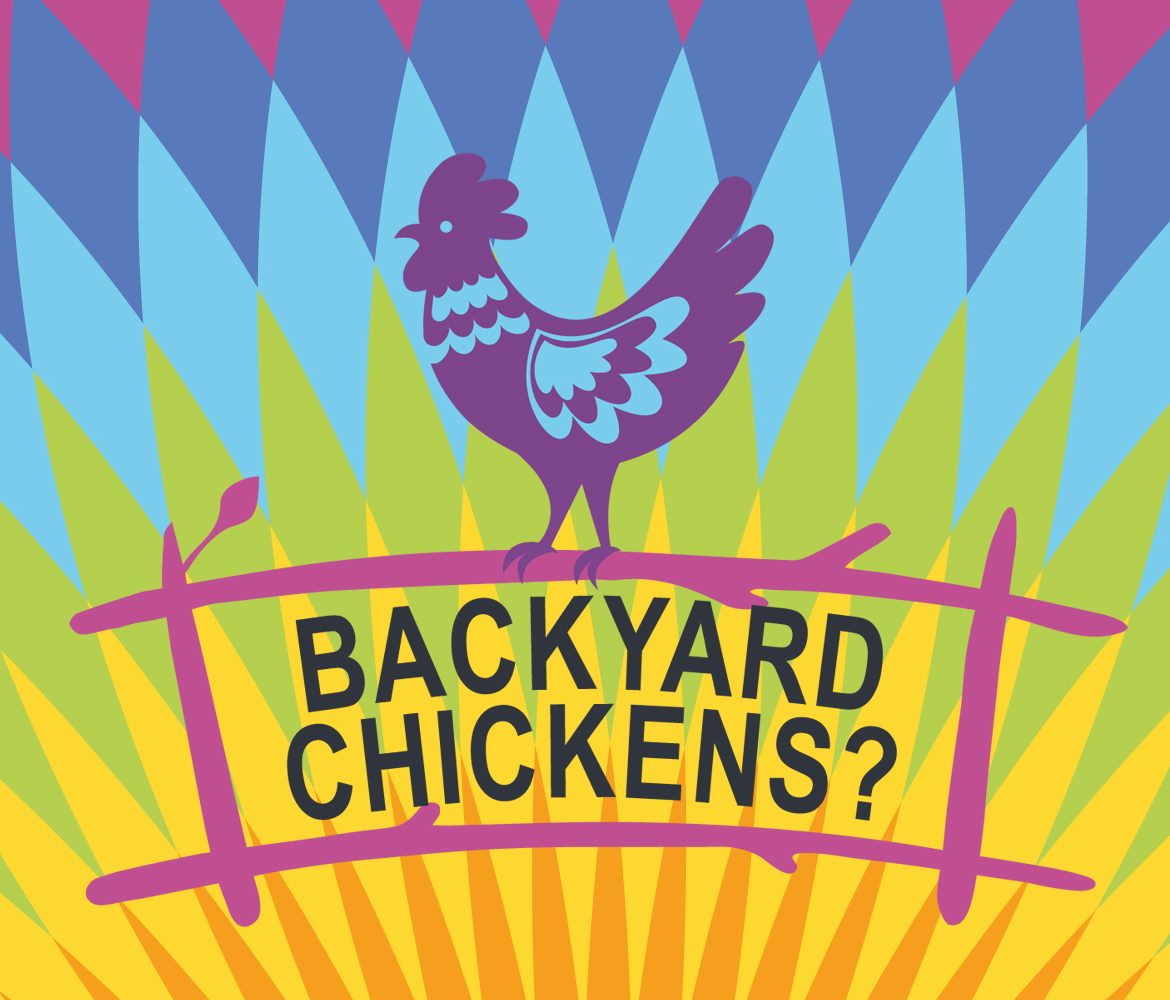 Keeping urban backyard chickens to consume their eggs is a movement based on myth and misconception. The reality is that “backyard eggs” are participating-in and proliferating a harm that is hidden. This associated harm doesn’t show up in Pinterest boards so it’s easy for the well intentioned would-be chicken-keeper to only see the romanticized perception and not see the responsibility or the interconnected problems.
Our attitudes towards chickens suffers from a significant lack of understanding, which largely leads to disregarding their own suffering. For instance, let’s start with some basic biology: Eggs only come from females, called hens. Most humans never stop to wonder what happened to all the chicks who are born boys. What did happen to them was death…
MALE CHICKS ARE KILLED
Roughly 50% of chickens are born male. When chicks hatch, the males are either thrown into a macerator and ground alive, gassed or suffocated in large trash bins by the thousands because they are not able to produce eggs and are therefore deemed a useless byproduct. Household hens may seem romanticized, but their brothers were killed because of the gender they were assigned. It is impossible to divorce the backyard chicken movement from this gender-based genocide.
“SPENT” HENS
A continuous supply of eggs requires a continuous supply of hens at laying age. After about 18 months or so, egg production slows down, and eventually stops — but hens can live for well over a decade. What then? Many backyard hen keepers are reluctant to let non-productive hens stay in their flock that is limited in number due to space and resources. As a result, cities who have accepted backyard hens also see a sharp rise in abandoned birds.
Through the sanctuary work here, we see so many unfortunate stories about abandonment — including two young friends who were found last Summer in a Budweiser box near downtown North Bay.
HEALTH
Egg-laying as an activity detached from the giving of life is not a natural phenomenon in birds. Chicken eggs only exist because through manipulation of her reproductive system, humans have forced hens to produce an unnatural and unhealthy amount of eggs. Natural egg laying for chickens would be no different than any other birds. This intensive egg-laying comes with adverse health consequences. The coercive overproduction of eggs means that even the “happiest” hens endure a host of reproductive diseases and disorders.
When taking their eggs away from them, their bodies get depleted. Vast amounts of calcium is leached from their bones. Their bodies suffer massive depletion and because of this, the birds often suffer from uterine prolapse, cysts, infections, ovarian carcinomas, and reproductive tumours, egg impaction & binding, and shattered bones. Hens are prisoners inside their own bodies — not to mention, this was forced upon them by no choice of their own.
Here in sanctuary, we feed all of the eggs back to the chickens to help them replenish and restore some of the nutrients they lose in the process of laying far more eggs than their bodies were ever intended to produce.
HISTORY OF VIOLENCE
Consuming eggs from “backyard hens,” whose abnormal rates of egg-laying are the direct result of a long history of violence, does not erase that initial injustice; rather it benefits from it. Consuming eggs from “happy hens” is thus not a rejection, but rather an endorsement, of the exploitative history and violently entitled mentality. Relationships that are based on using the body or biology of another, or taking without consent, are not positive relationships. Chickens were domesticated for one reason: to exploit them — so eggs from the “backyard chicken” movement is humans benefiting from harm. All eggs are the product of injustice.
ANIMALS ARE INDIVIDUALS
Rather than recognizing each chicken’s intrinsic worth as an individual, the backyard hen narrative cultivates the problematic message that the worth of another is based on what we can get out of them. This is an alarming message to be sending out into the world when we are trying to foster relationships that embrace inclusivity and fellowship.
We must end the perpetrated myth that the worth of another is dependent upon getting something in return. We should be working to appreciate others for who they are. We should offer others kindness, and practice consent.
Keeping backyard chickens to eat their eggs reinforces the egg industry’s false narrative that hens are egg-laying machines, as if to falsely suggest that this is their primary purpose in life. Our society is making really important strides to not reduce individuals to their reproductive elements — we must not impoverish the status of another by deciding for them their identity or role.
THE FEMALE REPRODUCTIVE SYSTEM
Since it’s International Women’s Week, this is an important time for us to consider the cultural exploitation of the female reproductive system that is inherent in using eggs as food. Having a conversation about keeping backyard hens for their eggs is yet another attempt to control the female body, when we should be encouraging everyone to stand up to the systematic abuse of female-identifying persons. Widening our circle of compassion to include all species helps to end the cycle of oppression and suffering that results when one group seeks to exploit another that it judges as inferior.
CONCLUSIONS
Remember, we humans have no biological need to consume animal products — so we can remove our support from this injustice by choosing plant-based alternatives.
Raising backyard hens for eggs does nothing to take a stand against the harms of animal agriculture— in fact, it romanticizes the harm. The commodification of animals and the consumption of animal-product proliferates the harm. The only way to say no to this exploitative practice is to reject the use of animals. 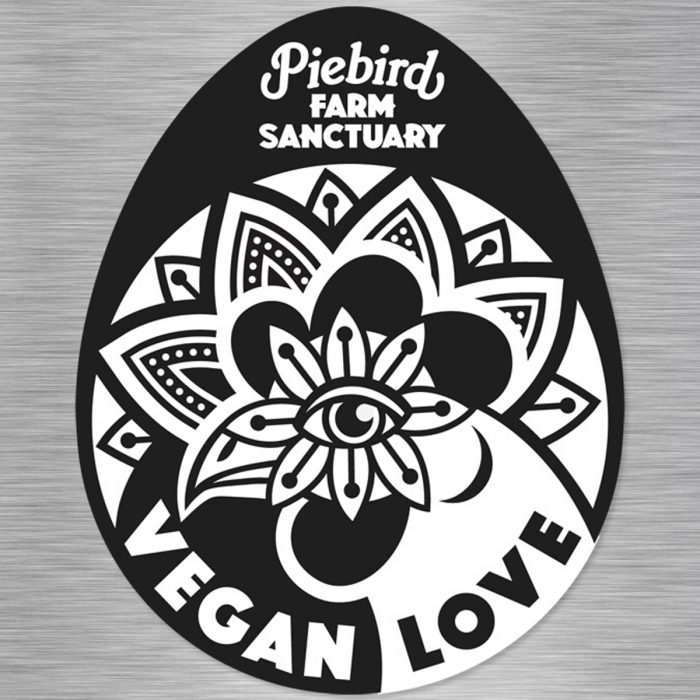 If the problem we are trying to solve is food injustice, then keeping hens for eggs is an erroneous justification. We need to solve the major obstacles that people in urban areas face with regard to accessing food that is both healthful and sustainable — but backyard chicken policy adds even more problems into the food-justice conversations, and adds confusion into food-literacy.

Indeed, cities should be creating localized food systems — but by pursuing backyard chickens, communities could undermine everything that the local food movement has been able to accomplish. I remember when the first local locavore meeting was held in our living room here at Piebird Farm Sanctuary  12+ years ago, the goal was in plant-based local production. Now, however, in many communities as well as our own, the local food reformer conversation is being asked to consider urban chickens — which ultimately perpetuates a romantic myth of small-scale animal agriculture. To explain myself, I’ll examine some troubling contradictions:

Any local policy that makes it easier for backyard enthusiasts to raise chickens is automatically a policy that establishes the conditions for more animal neglect. In our work as a farm sanctuary we often interface with local farms of all sizes, and see first-hand the appalling conditions that animals are forced to live in. All of us know this. However, you may be surprised to know that some of the guardian surrender situations we encounter are on a level of neglect that is on a completely different spectrum.

When most of us consider animal abuse we probably imagine some nefarious villain intentionally doing uncouth things. But in this view we are overlooking the well-intentioned good-hearted people who simply lack the knowledge or resources for proper animal care. Often, they eventually realize on their own that they are in over the heads (or the novelty has worn off), and they reach out for help. Animals living in absolute squalor, or riddled with parasites, or heat stroke, or frost-bite, or injured by predators — these are all afflictions that are unique to backyard chickens. Such systematic abuse is what we expect to hear from the whistleblower footage of factory farming that cares only about profit, but these are localized chicken keepers who proudly claim that they have a “symbiotic” relationship with the hens.

We must not let the important local-food movement be reduced to yet another problem. This brings up the same kind of unconcern that locavores have long fought to end in our opposition to industrial agriculture, which scorns integrity and transparency. A sustainable local food system must embrace more than just the ideals of farms-not-factories, it must fully embrace the principle of doing no harm.